Slack is a very good conversation platform for developers and professionals alike, as other messaging platform slack also provides functionality to deploy the chatbot like Facebook messenger. In this example, we will create an HR Handbook project.

1) You should have a slack developer account and the bot Token and credential to parse flow messages to bot: create a 'slack bot'

2) Save its credentials such as

Which are important in later stages.

1 ) Drag the slack nodes 'Slack in' and 'Slack out' which are like this: 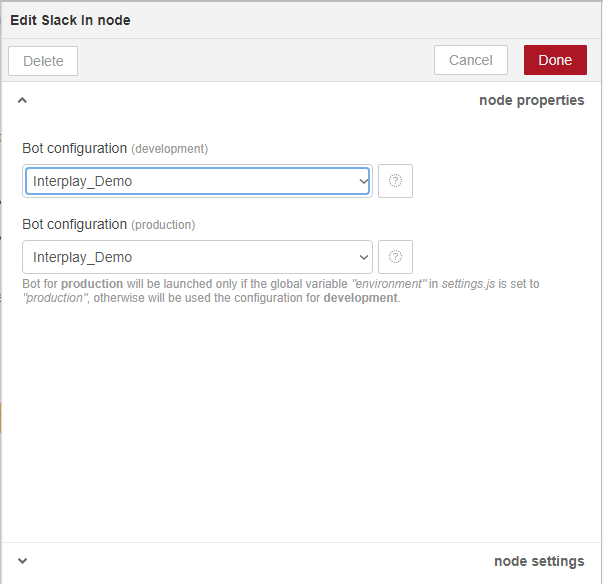 to edit important configurations such as 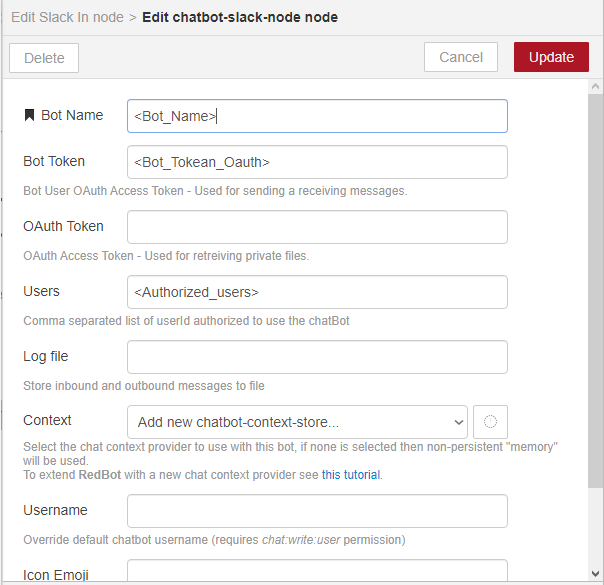 A similar process is to be followed for 'Slack out' Node.

Upon successful connection, the nodes would tag themselves like this

The 'connected' Tag signifies it can get data from the bot handle.

and write a simple node.js code as follows 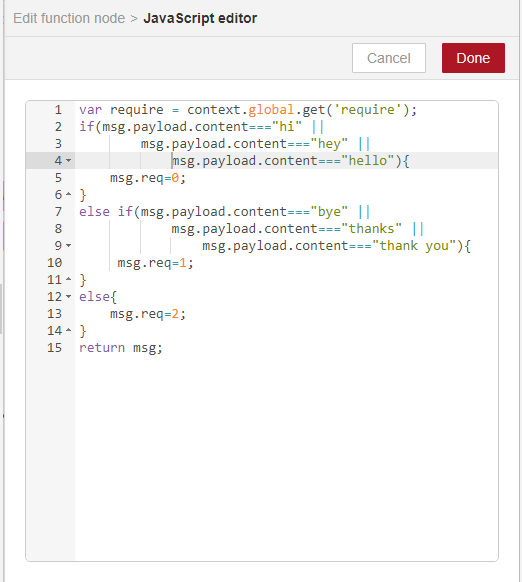 Here we are only switching the content based on payload.

3) Search and drag 'Switch' node and for this example, we are setting its properties like this (These are only arithmetic comparisons based on input payload value). 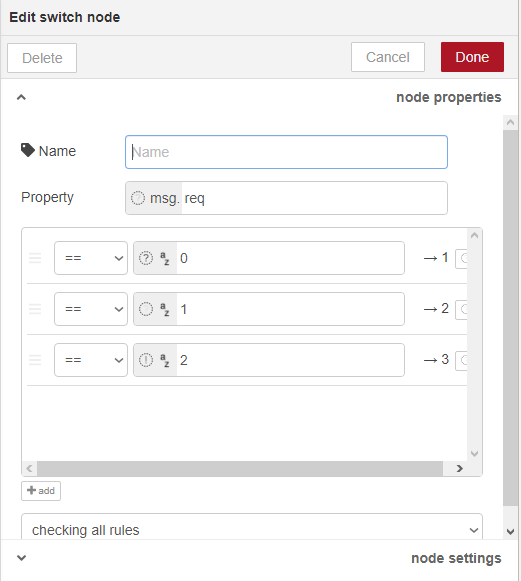 4) Drag the 2 nodes of 'function' specifically for Welcome and for Farewell messages and for this example these are the examples: 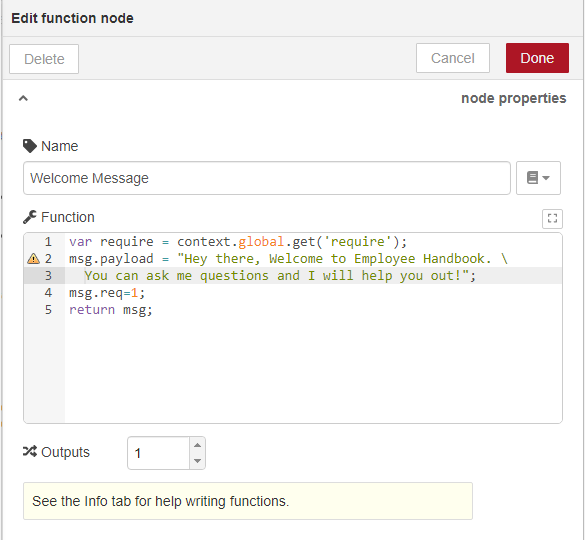 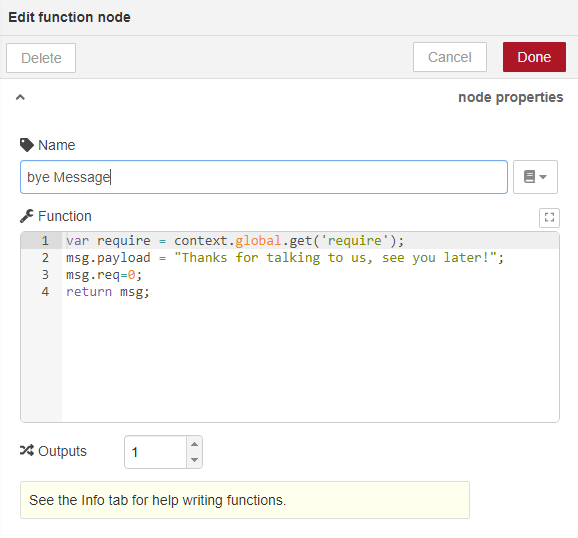 5) For 3rd flow, we are using the combination of subflows for the NLP engine.

6) Until now we routed the NLP engine and added the query. again search and drop ''Function" modify them as below: 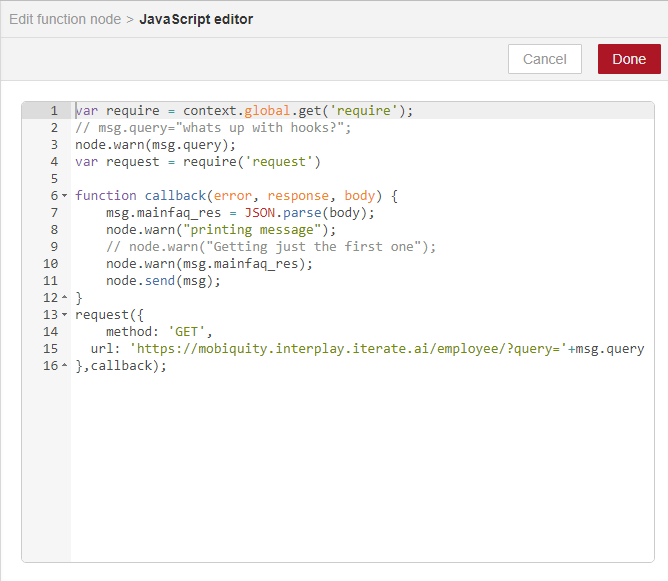 Get First Pick: it essentially captures the HTTP response from NLP engine and injects into the next 'Text' Node to encapsulate data into Parsable Slack Bot Response. 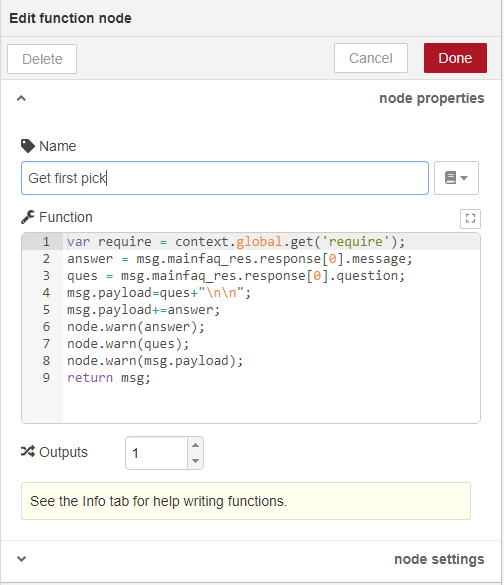 7 ) Find and select 'Text' Which looks like This (Exists in Redbot Section).

And drop in editor.

8) Connect and verify nodes are connected like this figure:

Description Asseblyai node allows the user to enter a url to an audio file and it...

Description The Clarifai API offers image and video recognition as a service. Whe...

Description  Word2vec is a node used to create visualizations of a given Word2vec...